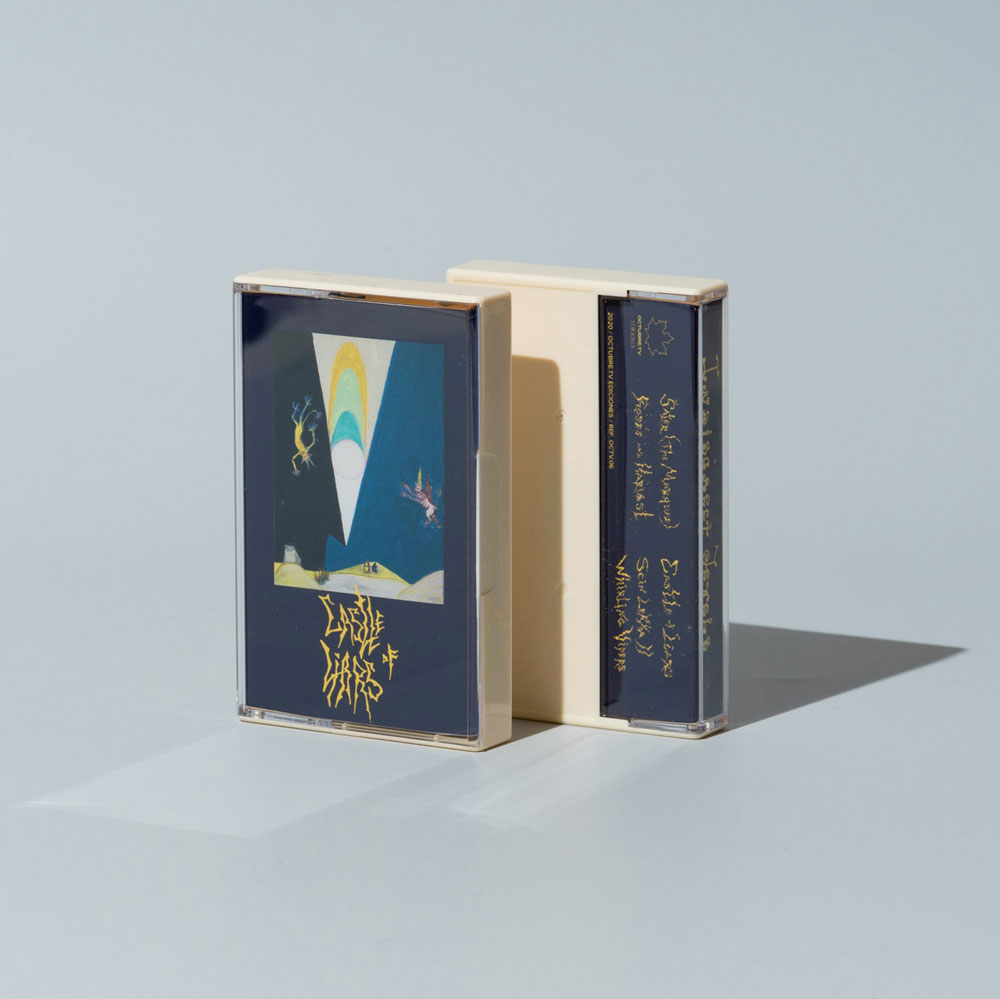 Release date: 5th July. “Castle of Liars”, the first physical album of Indiscreet Jewels, comes to OCTUBRE.TV Ediciones in the format of a five-track two-colored cassette. Include download code.

€ 6,00 €
This product is out of stock.
Product is not available in this quantity. 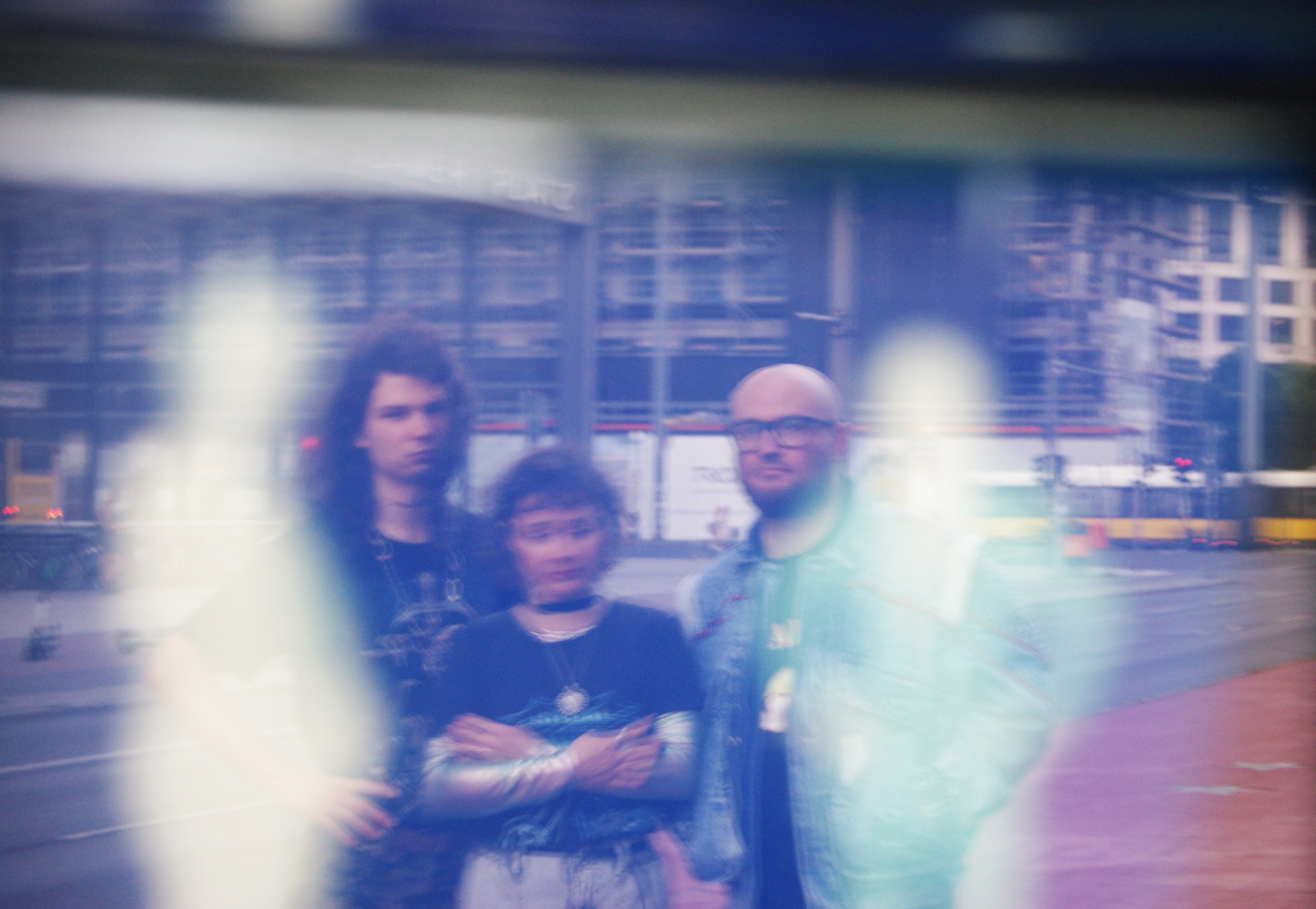 Indiscreet Jewels, is an experimental electronic music band created by multidisciplinary artists Alexey Loginov, Diana Karlssone, and Andrey Kharitonov, formerly founded in Riga (Latvia), and since 2015 based in Berlin.

With a style that the band themselves define defines as psychaleatoric synth fusion, they connected with the underground electronic scene of the city as they started to produce their audio-visual works. They quickly began to perform in art galleries and venues such as Madame Claude, Loophole, Keith, or Noiseberg, as well as gigs in Hamburg, Frankfurt, and Amsterdam. 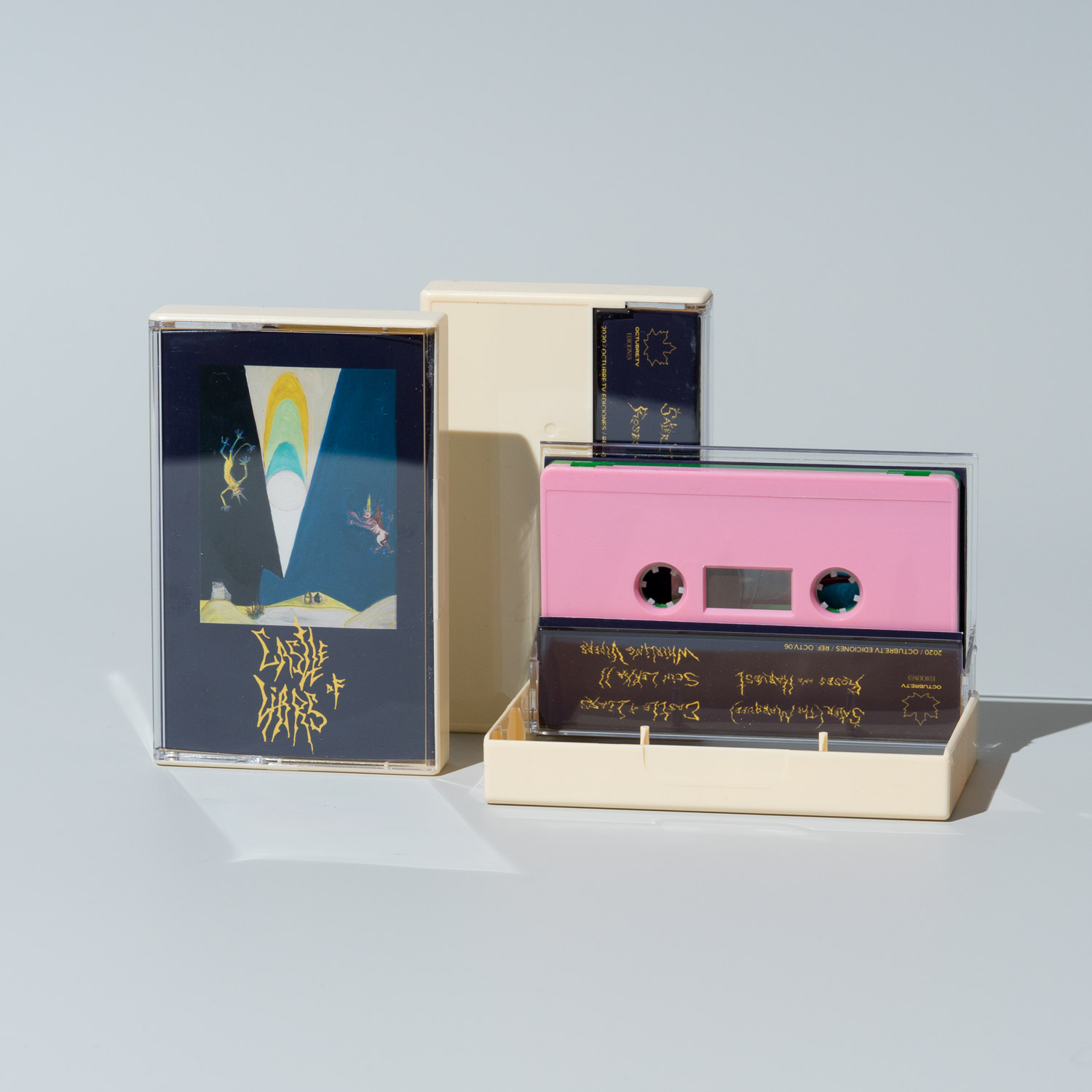 The soviet cartoon of the 80’ “Castle of Liars” inspires the title of the album. The animation tells the story of sorcerers, who shows illusionistic miracles to the boy who lied often. This collision with the art of deception becomes an initiating event that changed him.

No items found.
Product is not available in this quantity.